Different from all other large land mammals, hippos are of semi aquatic habits, spending the day in lakes and rivers.

The name comes from the ancient Greek for “river horse”. After the elephant and rhinoceros, the common hippopotamus is the third-largest type of land mammal and the heaviest extant artiodactyl. Despite their physical resemblance to pigs and other terrestrial even-toed ungulates, the closest living relatives of the Hippopotamidae are cetaceans (whales, dolphins, porpoises, etc.) from which they diverged about 55 million years ago. 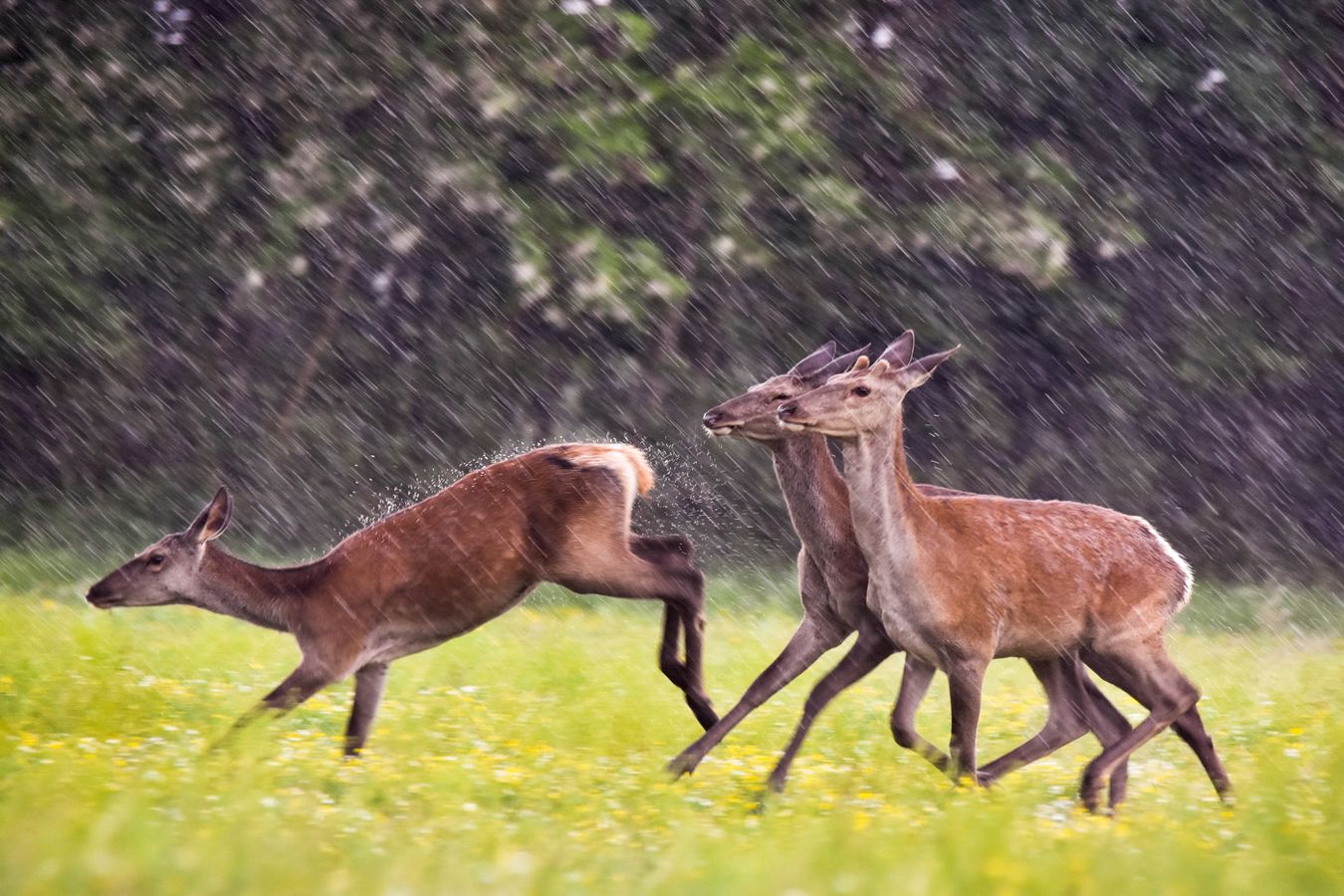 I had already tried this wild terrain several times. Red deer stags were grazing when the three fawns from last year arrived, racing with total abandon. I immediately focused on them trying to follow their movement while attempting to also register the intensity of the downpour in the photograph.