Singalila National Park is a national park of India located on the Singalila Ridge at an altitude of more than 7000 feet above sea level, in the Darjeeling district of West Bengal. Singalila Ridge is situated between India and Nepal. It is well known for the trekking route to Sandakphu that runs through it. Four of the five highest peaks in the world, Everest, Kangchenjunga, Lhotse and Makalu can be seen from its summit.

The park is part of the Eastern Himalayas. The Singalila Ridge, which runs roughly North to South and separates Himalayan West Bengal from the other Eastern Himalayan ranges to the west of it. The two highest peaks of West Bengal, Sandakphu (3636 m) and Phalut (3600m) are located on the ridge and inside the park. River Rammam and River Sirikhola flow through the park. Singalila National Park is the only place in the world where you will find rhododendron and silver fir forests.

Rs. 23500.00
(Including accommodation, food and transportation) 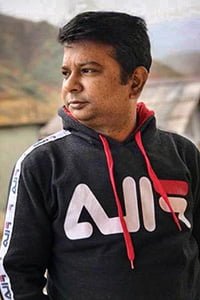 Rajat has created an AI-Based chat BOT which is integrated with the Facebook messenger app to help beginners in Astro Landscape photography. The AI Agent responds to any queries on Night Photography by providing a detailed response by including external links/tutorial like YouTube. The AI Agent is available here: https://www.facebook.com/TheM31

Masters in Geography and Education, PG Diploma in Remote Sensing and Geographical Information System, Mrinmay is an Assistant Teacher in a higher secondary school. Photography was his childhood dream which came into a reality a few years ago. He has been practising photography for the last 4 years. Mrinmay especially loves to shoot Astro Landscape photography, portraits and street photography.

Mrinmay’s works have been published on many International and National Photography platforms.